SELL YOUR MITSUBISHI IN MELBOURNE 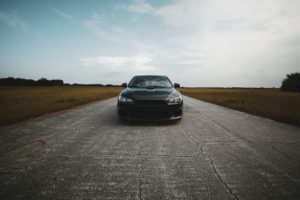 Are you looking to sell your Mitsubishi at an affordable, competitive price? Sell Your Car Melbourne is the place to look at. Mitsubishi vehicles are a sight to behold. Every model from this Japanese manufacturer is a feast for the eyes. The Mitsubishi 3000GT comes to mind as an example of the manufacturer’s excellence in aesthetics. Powered by a V6 engine with 320 HP, this sports car is the true manifestation of beauty on a beast.

The Genesis of the Mitsubishi

Originally part of the gigantic Mitsubishi Heavy Industries Company, the auto manufacturer was established as Mitsubishi Motor Corporation in 1970. However, its history in automobile production goes back to the turn of the 20th Century, with the pioneering Mitsubishi Model A being produced in 1917. The company would record great success in the 1980s, and in 1982 introduced its most successful SUV, the Mitsubishi Pajero.

Granted, the manufacturer is currently going through a tough time. Its global dominance is on a gradual decline and it closed down its Adelaide plant in 2008. But you can rest assured that Mitsubishi vehicles will be speeding on Australia’s roads for a long time to come.

Where Can I Sell My Mitsubishi?