SELL YOUR TOYOTA IN MELBOURNE 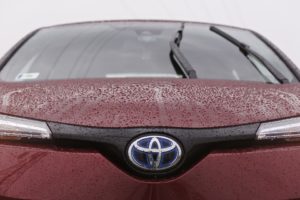 Are you looking to sell your Toyota? Is your Toyota in the garage gathering dust as you wonder who would want to buy it? There is something about Toyotas that makes them irresistible. Have you noticed how popular models from this Japanese manufacturer are? Take an example of one of its latest offerings, the Toyota Yaris. This humble subcompact model has grown to become Toyota’s best-selling car in Europe, with over 195,000 units being sold in 2017 in the European market.

To get a clearer picture of Toyota’s story, you’ll need to look at its past. A global brand with a presence in over 170 countries, Toyota has come a long way since its humble beginnings over 90 years ago. Founded in 1924 as Toyota Loom Works, the company released its first automobiles, the G1 and the A1, in 1935. The company would slowly build its reputation in the automobile industry, releasing iconic models such as the pioneering Land Cruiser 55 Series in 1955 and the Corolla a decade later in 1966.

What’s the Fuss about Toyotas?

So, what is it that makes Toyotas so famous? First off, Toyotas are said to run forever, and it’s easy to see why; Toyota is known for its durability. As used Toyota buyers have certainly come across models which are over two decades old but are still in prime condition. It could be the everlasting Toyota Tundra or the evergreen Toyota Camry. Another thing that makes Toyota outstanding is the company’s resilience as was evident in 2011 when some of the company’s plants were destroyed in the wake of the 2011 Tsunami.

Where Can I Sell My Toyota?

Market research shows that Toyota models have the best resale values in used car markets. Therefore, owning a Toyota is an investment as you’re sure to get used Toyota buyers. So, if you want to upgrade your current ride and are looking for a place to sell your Toyota, try to Sell Your Car Melbourne. With us, you have expert Toyota valuers who will give you the best price in the market for your Toyota.

At Sell Your Car in Melbourne, the cash for used Toyota will depend on the features of the vehicle. Call 0419 049 277 today to sell you used Toyota at best possible price.